How many times as a parent have you heard the term “playing parents against each other”? It is always something you assume will happen later in their life. You expect it to happen when they are old enough to ask for toys or to go certain places, for extra tv time or for that extra snack. No one ever thinks that your BABY will learn to play you two against each other.

Believe it or not, THEY CAN. Maybe not when they are 1 or 2 months old, but I’m here to tell you that when your little one is getting closer to the 9-12-month mark…they know what they are doing. They slowly start to learn which parent gives in to their cries and pleas, which parent caves when they want something, who they want holding them, etc. Every parent should always be giving their baby credit for how incredibly smart he/she is!

As parents, when you are together, you play off each other’s strength and weaknesses…basically you balance one another out. When one of you wants to cave even though you are trying to teach your baby something else, there is someone there to stop you. It can all go off track though when you are solo. I swear, our daughter knows when one of us is not home and changes what she does accordingly! 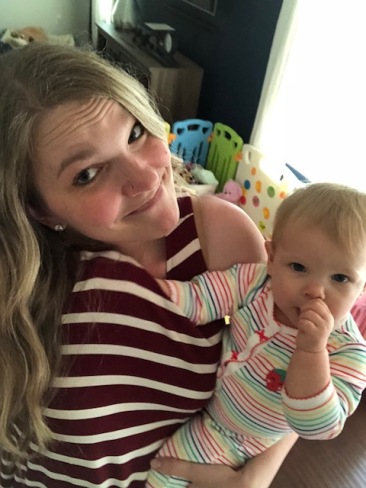 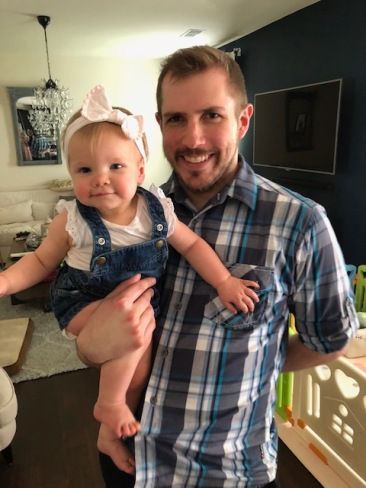 For instance, going down for naps. At the moment, Parker is somewhat going through an 11-month nap sleep regression. She is really fighting her naps at times, mostly her morning naps. Usually it can take her anywhere from 5-20 minutes to fall asleep once we put her in her crib. Lately, it can take her over 30. Now in the beginning of training her to self soothe, we would go get her if she wasn’t asleep within 30 minutes. We would then wait 30 minutes to an hour and try again. This past week, I have had to restart this process. She is SO active in her crib, mind you though, she isn’t crying but she is standing, talking, rolling around, and so on. At the 30-minute mark, I end up getting her out for 30 minutes and starting over again. That seemed to work, so I decided to just push out her nap 30 minutes and that was awesome…until she started waking up earlier and then none of us could decide the correct time to put her down. She knows though, that when mom is home, I will usually come get her if she doesn’t fall asleep. Dad on the other hand, he will let it go longer. Maybe not intentionally but if he is finishing a work thing or just because he has faith that she will eventually fall asleep.

Due to this difference, when dad puts Parker down for her naps, she knows he is probably not going to cave as easily to come get her. She seems to fall asleep faster…AND STAY ASLEEP LONGER!! This KILLS me! When I’m gone, and he puts her down lately, she ends up sleeping for 2 hours…when I’m home and put her down this past week, she has been barely going over the 1-hour mark! Do you know how much I could get done in 2 hours?! Of course, you do, you are parents…you know how precious those 2 hours could be. I could get work done, do laundry, clean the kitchen, shower, take a nap…so many glorious options! Now this isn’t to say that this is the norm…like I said before, she is going through an 11-month nap regression. I did think for a hot second that she may be ready to drop one of her naps, but when I take her out and put her down 30 minutes later, she does conk out for a good nap…so I know she still needs two. 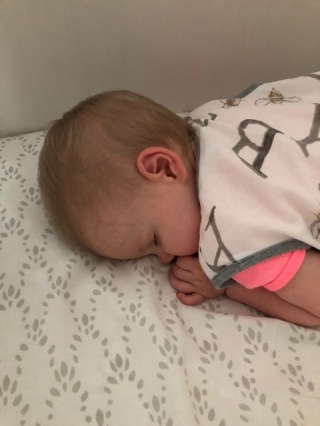 Long story short, I do believe she determines certain things based on which parent is with her at the time. Knowing mom will come get her means she will fight the nap, knowing dad may not she falls asleep faster. Either that or dad is just more soothing…but I’m going to choose to believe we are equally soothing haha. She knows that I will cave and get into her play pen area with her more easily than dad (yes, he does play in there with her though). She knows daddy can do the airplane game longer and will always do it for her outside with the dogs (I do too, just not nearly as much).

My point is…this starts early!! Much earlier than you probably thought. I’m sure if you didn’t notice it before, you will notice it now. I bet you will see your baby knows some of these things and looks at the correct parent according to what he/she wants. They are smart little cookies, I tell ya!

Makes you nervous for when they are old enough to REALLY work on their skills!